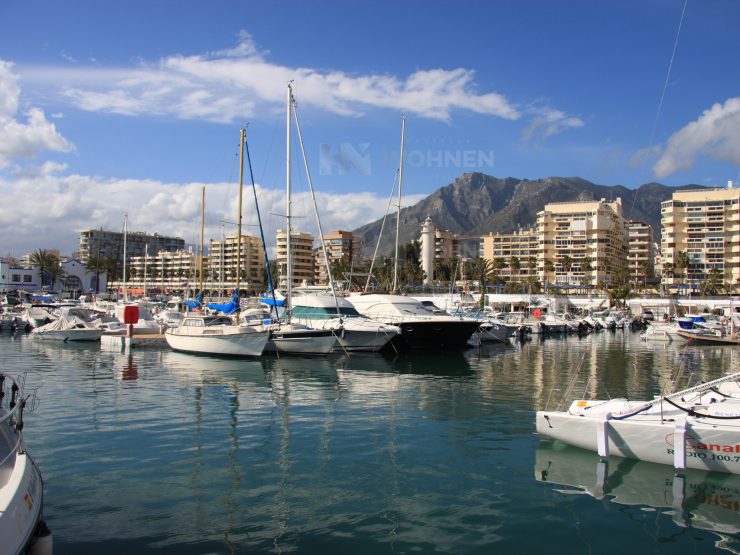 The marina of Marbella 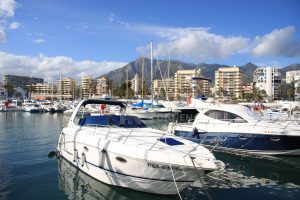 Due to its location in the heart of the city, the Port of Marbella is frequented by Marbella residents and highly visited by tourists. The pleasant atmosphere of its bars, the proximity of the beaches and its wide range of nautical competitions, regattas and sailing classes for children make this place an interesting visit. It has 377 berths. 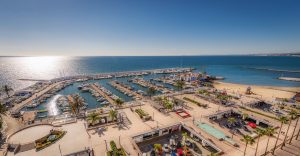 It is one of the four marinas located in the city of Marbella and is indirectly managed by the Andalusian Public Ports Agency. It was founded in 1957 and was initially used to anchor sports boats. Since then, numerous works have been carried out, until during the years 2002 and 2003 the facilities that currently remain were fitted out.

This port has been awarded one of the Blue Flags awarded to Malaga ports in 2018. 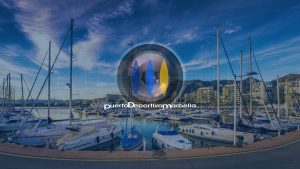 The Virgen del Carmen marina in Marbella has installed a web camera system that allows viewing of the facilities and their surroundings in real time, offering a complementary service to users and visitors, according to the General Director of Ports, María Victoria. Martín Lomeña.

Thus, it has considered that they are an “essential” tool when it comes to knowing the conditions for sailing, as well as the beaches and to show the climate that Marbella has.

The system consists of a Full HD Panoramic camera that covers the entire dock area and another camera in motion that provides different views of the mouth of the port and places near the site. All users who want to access this service, at no cost and from any device, may do so through the marina page (puertodeportivo.marbella.es).

In just one week, there have been more than 7,000 views, an average of a thousand per day, “added the CEO in a statement, highlighting that this project wants citizens and visitors to have” greater accessibility to corners and services that the city offers worldwide.

This action in the port area is in addition to the start-ups at other points, “within the objective set by the Tourism Area that using new technologies and the concept of innovation, visitors could be transferred in real time , one of the main attractions of our city, such as the climate, which favors the practice of sports such as golf or sailing in the middle of winter, among other services ”. 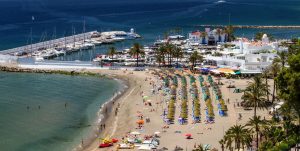 In our opinion, it is an “excellent showcase for Marbella to encourage those who wish to come and enjoy its virtues, and have not yet done so, regardless of the time of year.”

The new service of the nautical complex is provided through the Skylivewebcam platform, a leader in the sector worldwide, which has landed in Marbella through Tecnomarbell, a local company dedicated to CCTV (Closed Circuit Television) facilities.

The cameras of the Puerto Deportivo de Marbella are in addition to the more than half a thousand that the platform has spread over 60 countries, among which are such representative places as Puerta del Sol in Madrid, Plaza de San Marcos in Venice, the Tower Paris Eiffel or exotic places like Maldives, South Africa or Kenya, among others.