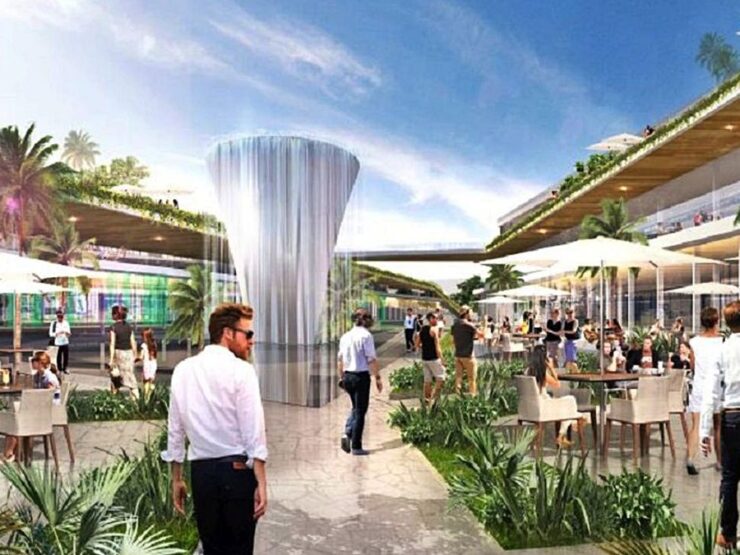 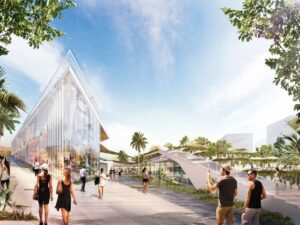 The new shopping center in the Plaza de Toros neighborhood will have an initial investment of 100 million euros, above the 30 million euros announced by the City Council last April. The work is scheduled to begin next year and be completed by the end of 2023.

The Marbella Plaza shopping complex will bring together “top-level commercial operators, with special relevance to large international firms that will land on the Marbella coast for the first time”, according to the promoters of this new commercial initiative.

The action will be carried out by the promoters Citygrove and Burlington, which have contracted the New York studio KPF to prepare the conceptual design, according to El Diario de Marbella. “The use of state-of-the-art materials and respect for the environment will be the architectural pillars of this new project, designed not only for Marbella, but for the entire Costa del Sol.”

The promoters also have the international consultancy specialist in Retail, Savills-Aguirre Newman, for the commercialization of the project and its future management and with the International Consultancy firm for urban development.

The project has an area of 30,000 square meters

The project has an area of 30,000 square meters, located between the A-7 highway and Alfonso XIII street. Of the total land, around 25,000 square meters, which represents 80% of the land in that area, will go to the commercial complex, while the other 4,500 meters are designed for a green area, which is expected to occupy about 2,400 meters square meters and for the expansion of the Antonio Machado public school, which will have another 2,000 square meters. 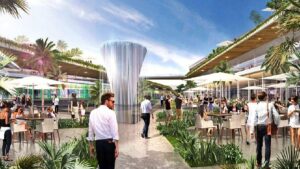 Likewise, the project also includes a remodeling of the public road with the construction of four lanes and a roundabout to improve traffic in the area and a parking area that will provide the area with 500 spaces, of which 102 will be transferred to the city for your public use. The new shopping center will bring in new jobs, which are estimated to exceed 500.

British developers say that this initiative “significantly improves the image of an area located at the entrance to the city, which will become the new business card of Marbella.”

For its implementation, last April the plenary session approved the modification of the General Urban Planning Plan (PGOU), which considered the area as land for industrial use, becoming commercial land.

It is a project that ‘revitalizes’ the neighborhood, according to the Mayor of Marbella, Ángeles Muñoz, who also stressed that it “will favor the economic revitalization and regeneration of the northern part of the city, as well as the recovery of a space very degraded and in disuse ».

If you want to invest in a sector as exciting as real estate, do not hesitate and contact your professional real estate agent.